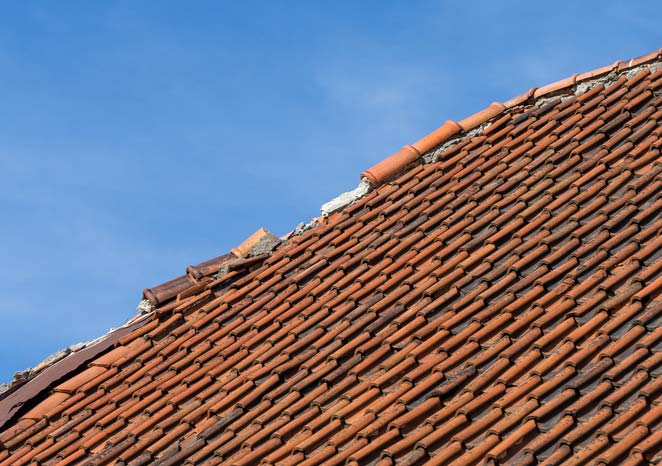 A driver in South Africa and an unfortunate sleeper have both had a very lucky escape after a freak car accident. As you can see from the image, the car in question ended up crashing through the roof of a house, and was trapped vertically with the end of the car poking out of the roof.

Unbelievably, The Mirror reported that the driver of the car and the one person who was in the house at the time, escaped uninjured. The driver walked away from the wreckage injury-free, but we’re not sure how he managed to get out of the car! The occupant of the property was also thankfully unharmed, although they were rudely awaken from a slumber.

The dramatic incident happened in Kwamakhutha, Durban, South Africa. The cause of the crash is still thought to be unknown, but the driver says he hit some sort of ramp in the road which sent the vehicle flying into the air.

A spokesman for the local ambulance service, ER24, told Times LIVE: “The driver of the vehicle that collided with the house explained that he drove over a ‘ramp’ of some sort, which led him to collide with the house.

“ER24 paramedics arrived on scene to find that no injuries were sustained in the collision.

“One person was sleeping in the house and was woken up by the car falling on the house.”

Can you imagine waking up to find a huge hole in your roof, with a car stuck in your bedroom or bathroom?! Witnesses described seeing the car fly off the road – they could have been forgiven for thinking Harry Potter and Ron Weasley were behind the wheel!

Freak car accidents such as this show that you never know what could happen when out on the road. Whether it’s an obstacle in the road, a pedestrian or a drunk driver, you never know what you have to face in your car. We surely hope that the driver of the soaring car has a comprehensive car insurance policy, otherwise he’ll be facing a very large bill for fixing the resident’s roof. Although we’re not sure if any car insurance policy includes accidental building damage! Make sure you are covered for every eventuality and for the best price with Peacock Insurance.